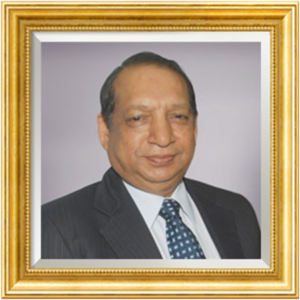 “The qualities of a great man are vision, integrity, courage, understanding and the power of articulation and profundity of character.”…Such was the man who founded us.

Our late founder, Mr. G. N. Agarwal was a man of true vision. He understood prospects and had the courage to convert them into opportunities. His integrity and principles have been always admired and cherished. His values and sense of business have always kept the Max team together as a family.

With three decades of hard work combined with financial, technical and managerial skills, he made GNG Group one of the most prominent business houses of eastern India. His enthusiasm, faith in hard work and perseverance have steered our brand ahead. He was a doer who believed in fulfilling whatever he dreamt. His strength of character and positivity have always been our guiding force.

As a philanthropist he was actively involved in projects of social welfare. Taking care of his employees and associates had always been his priority. We follow his footsteps and try to keep his teachings alive by our multifarious CSR initiatives.