Max Cement has been awarded with the ‘Emerging Company Award for Quality Excellence’ from Indian Achievers Forum. The award was presented at 39th National Seminar on “Achieving Sustainable Development through CSR” held at India Habitat Centre, New Delhi. Programme was presided over by former Chief Minister of Delhi Smt. Sheila Dixit. Indian Achievers Forum conducts the Indian Achievers’ Award programme every year which honours the outstanding achievers from all over the country who have taken the lead in the contemporary business systems, services and products through business excellence and quality achievements.

India’s Most Promising Brand 2013-14 – awarded by World Consulting and Research Corporation (WCRC) in the glittering Global Indian Excellence Summit at London. WCRC is the undisputed leader in the brand listing & ranking and brand publishing industry in India and Asia. Asia’s Most Promising and Most Valuable Brands are some of its other notable initiatives. Turning the spotlight on the most powerful upcoming brands that have shown tremendous promise and growth over the past years, it exemplifies the icons of tomorrow that are aggressively and effectively re-writing the business equations.

Max Cement, One of the Leading Cement Brands of North-East India, was today honoured by The Guwahati Bihu Sanmilani, one of the most sought after Bihu celebration platforms with a legacy of 66 years, with "Shri Moi Oxomi Botah 2017" for its contribution in social & economical development of Assam land and its people. The Honour was accorded by the Hon'ble Chief Minister of Assam on the ocassion of Flag Hosting Ceremony at Latasil Khelpothar. Chairman of Max Cement Shri Praveen Agarwal received the honour. 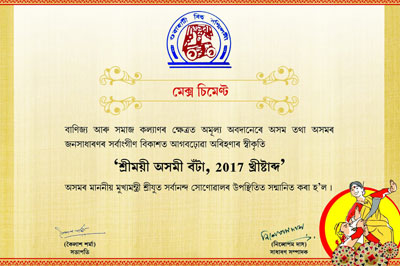 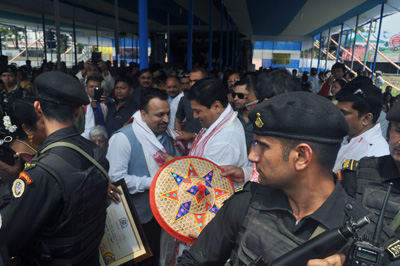 Award from the Meghalaya govt. as one of the leading tax payers from Meghalaya. 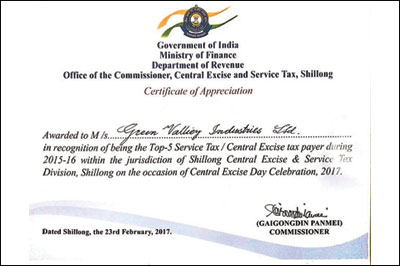